Ràfols Casamada and Maria Girona: ‘The Possible Equilibrium’ at MDM 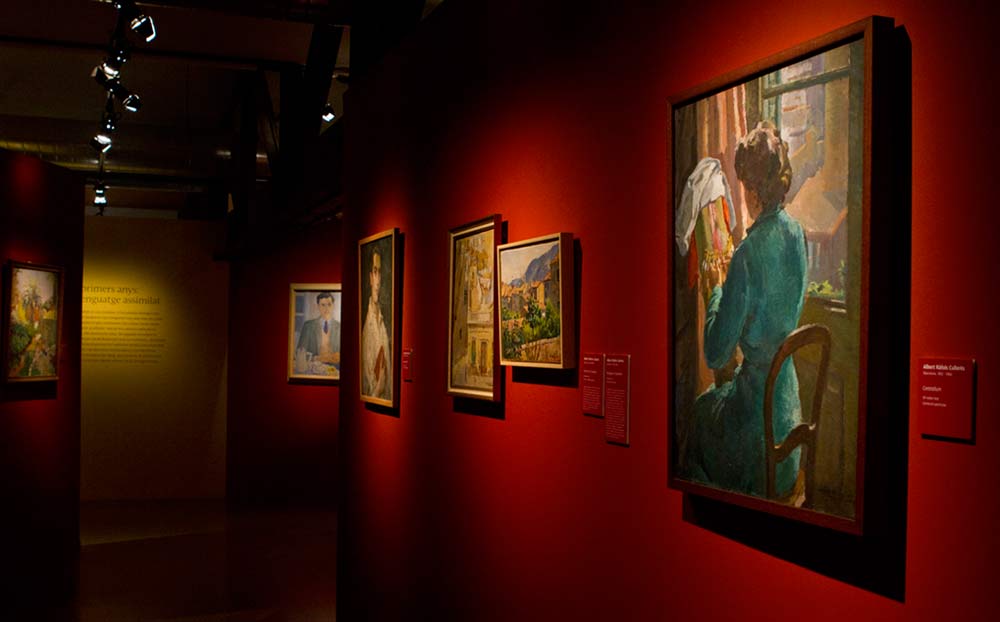 Montserrat’s Museum (MDM) presents, until May 5, 2019, an in-house production exhibition, curated by art historian Bernat Puigdollers, which deepens into the intimate und personal world of Maria Girona and Albert Ràfols Casamada and gets into the roots that link both their paths, divergent and personal but at the same time close and convergent. The possible equilibrium is the result of a long research process that contributes with numerous so far unseen aspects of their careers. They are gathered in an extensive catalogue considered an important contribution to the historiography of post-war Catalan art.

Maria Girona (Barcelona, 1921-2015) and Albert Ràfols Casamada (Barcelona, 1923-2009) belong to the generation of artists who trained in the early 1940s. In the difficult, uninspiring context of the early years of Franco’s dictatorship, the two of them struggled side by side, along with many other artists of their generation, to create and revitalize a modern, freer cultural environment. This exhibition, which can be viewed until May 5, 2019, explores some of the most significant initiatives of their artistic paths, including the creation of the group Els Vuit (The Eight), the Salons d’Octubre art contest, the founding of school Eina, etc. It also encompasses their shared life experiences, such as their study trip to Paris, on a scholarship from the French Institute, and the summers spent in Calaceit and Cadaqués. In fact, it is an in-depth exploration of their artistic origins and their life together devoted to art, as well as the relationship between their works, seemingly contradictory and divergent, but at the same time intimately linked. What is more, this exhibition sets out to highlight Maria Girona’s work and character, usually in the background. Besides creating works of her own of a quality that is often little known, she also played a decisive role in the whole process of the post-war artistic renewal.