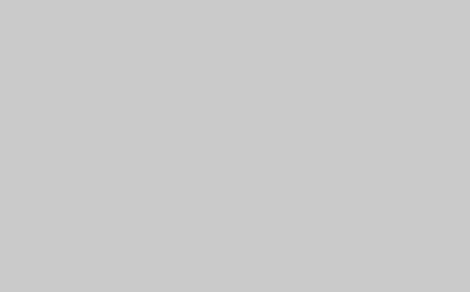 12-02-2013
Montserrat’s Museum shows two paintings by Hermen Anglada-Camarasa (Barcelona, 1871 - Pollença, 1959) until September 2013. Originally from Madrid’s Museo Nacional Centro de Arte Reina Sofía, they are an exchange for the lending of Dalí’s Neocubist Academy, propriety of Montserrat. These paintings are The gypsy of the pomegranates (1904), oil on canvas, 114,5 x 147,5 cm, and Portrait of Sonia de Klamery, Countess of Pradère (1913), oil on canvas, 188 x 126 cm. The Gypsy of the Pomegranates was painted the same year as Champs Elysées, which belongs to Montserrat’s Museum, so this is an opportunity to see these two paintings together, one next to the other. Both are gaslit night views, which give the figures a ghastly appearance. Champs Elysées shows two cancan dancers that evoke death more than enjoyment, while The Gypsy of the Pomegranates shows the same dark, dramatic vision instead of celebration and joie de vivre. The pomegranates -shiny as rubies- look more lively and vital than the gypsy. Later on Anglada opted for a decorative style, as shown in Portrait of Sonia de Klamery, Countess of Pradère, a pale-skinned woman, as though she were made of porcelain, wearing dark eyeshadow, dressed as a Chula with black Manila shawl and mantilla. This used to be an expression of feminine art Deco fashion. Dalí’s Neocubist Academy has left Montserrat to become part of a great exhibit about the Empordà’s genius at Paris’ Pompidou Centre –from November 2012 to March 2013- and, subsequently, to remain at Madrid’s Museo Nacional Centro de Arte Reina from April to September 2013.

Other news at MDM
Two Egyptian objects have recently been restored to the archaeology section of the MDM. Besides being both very antique, they are really delicate. Now, once restored to the permanent exhibition, they have been kept in special display cases for their conservation. One of them is a polychrome wood funerary boat with its crew; it dates from the Middle Kingdom (around 2000 BC). The other one is an Osiris carving, stuccoed and painted, belonging to the Late Period. With this new display, not only have the objects’ conservation conditions improved, but they have also been placed within people’s reach in the best possible way, which is one of the essential aims of museums.
On the other hand, as the works in Santa Maria square progress, the museum is reopening the rooms that had been closed as a precautionary measure. Three of these rooms have been regained as exhibition spaces. Moreover, the two interior staircases show their previous pieces again: The big Rafael Solanic sculpture depicting Saint George, which welcomes the visitor, and the magnificent Alexandre de Riquer’s canvas Christmas’ Expectancy, a reference work of Modernisme in Catalonia.
Finally, it should be pointed out that, instead of Isidre Nonell’s Beggars waiting for the Soup –loaned to MNAC-, Montserrat’s Museum shows two colour drawings –usually kept in the museum’s store- by the same artist, which depict two gypsy women.
More Information