Award to the Best Artistic Initiative for Montserrat’s Museum 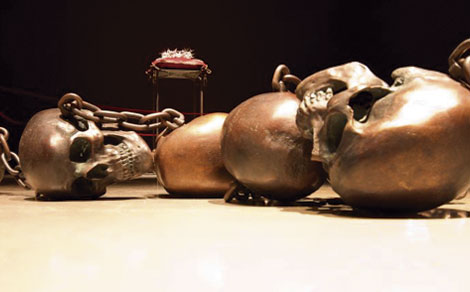 08-04-2015
Montserrat’s Museum has been awarded the ACCA Award to the Best Artistic Initiative 2012 for “its decided support to contemporary art”. The Art Critics’ ACCA Awards are given annually since 1982 by the general assembly of this association, from a free open debate on the exhibitions, initiatives and the most remarkable facts of the artistic season. The awards, of a honorary nature, consist on a certificate with the symbol that Joan Miró designed exclusively for this association.
Father Josep de C. Laplana, director of Montserrat’s Museum (MDM), who was already awarded by this same entity in 2004 for his book Obra completa de Santiago Rusiñol, along with Mercedes Palau-Ribes, has placed a high value to this award “because it intensifies Montserrat’s museum’s course of action towards contemporary art, in terms of being present and in touch with major artists”.
The awards ceremony –ACCA Award to the Best Artistic Initiative 2012- taken place on Thursday March 21st at 7pm, in the MACBA’s auditorium, in the presence of F. Josep de C. Laplana.
More Information