Pictorial and sculptural works by Jordi Fornas at Montserrat’s Museum 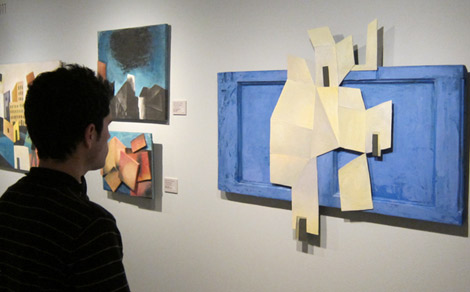 27-05-2013
The retrospective Jordi Fornas, painter, aims to be a well-deserved homage to this artist who, for many years, was the head graphic designer of magazine Serra d’Or. Best known as a designer, Jordi Fornas Martínez belongs to the leading group of artists and intellectuals who contributed to modernise the Catalan culture during the Sixties, in his case through pop style.
This exhibition focuses exclusively on both his paintings and his sculptural work, less well known.
The exhibition allows us to take a short tour throughout the artist’s most representative works, from his stay in Ibiza to his period in Palautordera (Barcelona), as well as the times spent in his studios in Sants, Sarrià and Ciutat Vella, in Barcelona.