"The Meaning of Vacuum” by Joan Furriols, at MDM 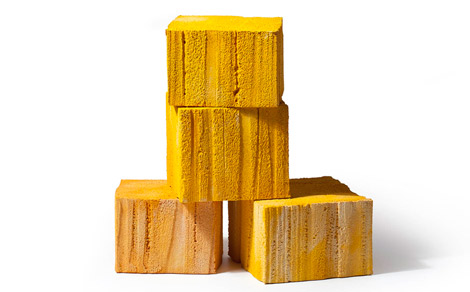 11-09-2013
The exhibition The Meaning of Vacuum collects 70 works that examine “the fragility and intimacy accompanying the personal iconography, usually tragic, sometimes ironic, that invite us to take a breather for meditation”, as expressed by Àlex Mitrani, the exhibition’s guest curator. Father Josep de C. Laplana, director of Montserrat’s Museum, explains that, despite his age, Joan Furriols “amazes for his modernity; the most humble and every-day things become, in his hands, real masterpieces”.
Furriols always kept his material means deliberately to a minimum, which concealed an elaborate way of working, always refined and subtle, with great attention to detail and exquisitely chromatic. Rigour, exacting standards and control became the basis of his method and ethics. As if searching for an interior dimension, the holes, distances and vacuums of his works engage in conversation with its recipients and with the density of blackness and matter. Furriols overcomes the conventional division between painting and sculpture. His bi-dimensional works evoke vastness and infinity, paradoxically thanks to the limits within those works. His still lifes do not belong to any of the traditional categories. They rest on their base as if they were models laid on a table, and must be appreciated as a landscape or a group of archaeological fragments that need to be deciphered and reconstructed.
He plays with scale contrasts, which are sometimes subtle, sometimes monumental and sometimes comical. The stillness of his abstract objects contrasts with figurative elements, animals or means of transport, which invoke movement. They also remind us of Zurbarán’s realistic, silent, static and vibrant still lifes. Space and order are essential to Furriols: this is where he represents his reflections on life, finitude, beauty and time.

Joan Furriols’ art
Joan Furriols entered the world of avant-garde at a very early age and in difficult times. In the mid-fifties, as a very young man, he became one of the pioneers of informal abstraction. He became acquainted with figures like Tàpies and other high calibre enthusiastic artists such as Tharrats and Vilacasas, and Joan Brossa, with whom he had a fruitful friendship. However, personal circumstances forced him to move to the background. Nevertheless, solitude and reflection kept him alive, and some years later he reappeared with some new and personal works, focusing first on geometry and then on objects, always with the same essential principle: spatial reflection.
Furriols’ work might link to various branches of plastic speculation in abstract genealogy, particularly geometric and spatialist, with certain offshoots similar to minimalism, especially in its more symbolical facets. In the 1950s, geometric abstraction was a minority option in Catalonia. Enric Planasdurà, the only artist who worked in it regularly, remained isolated.
The influence of the Swiss Max Bill, in the op art context, is far from Furriols’ art. His work is –for reasons of spirit more than for necessity- small, fragile and intimate.
It lies out of the American minimalists’ industrialised objectuality, although it is sometimes linked to Robert Ryman. In any case, it could be related to the little sculptures –half objectual, half formalist- by Jordi Pablo or to Antoni Llena’s poetic essentialism. Furriols’ position is singular. It has been difficult and solitary, but awarded with coherence. Furriols suggests a meditation about life, being, and heideggerian time, from the definition of space. The existential and philosophical dimensions of his work range from the language of post-war abstraction to a more personal formulation which does not dismiss the symbol, the movement or the figurative element. His work has overcome the hurdles of vital eventualities, always held by the necessity of asking about the world and about the language to express it. And he has made it in such an individual, simple way which, without being explicit, becomes universal and might be fortunately shared.