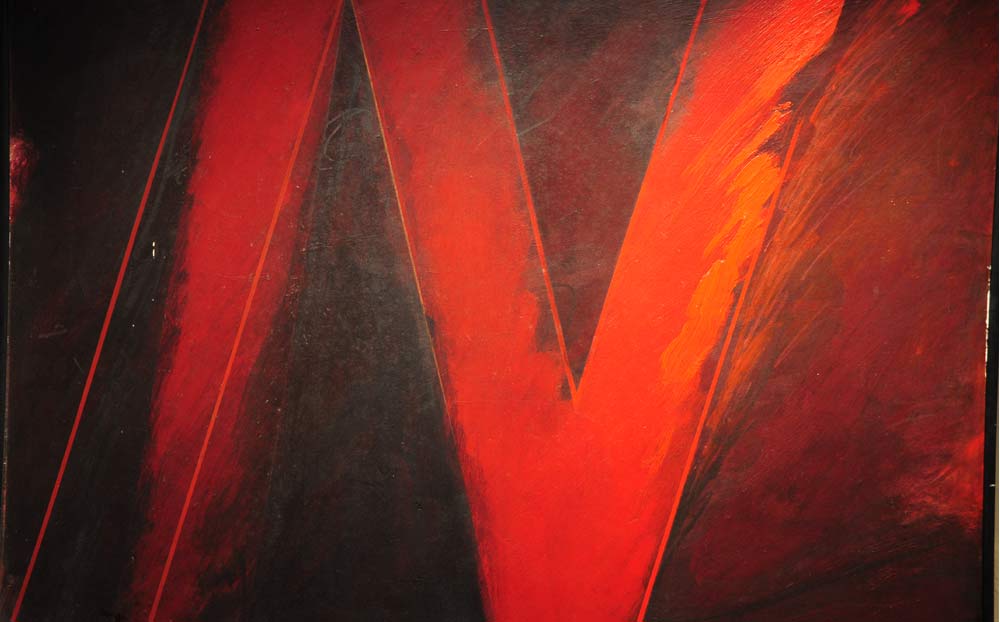 Montserrat’s Museum pays tribute to the painter Josep Niebla through a retrospective exhibition, showing the main episodes of his artistic work. Sala Daura houses an exhibition entitled Explore and Vindicate. Niebla’s painting (29th September 2017 to 2nd April 2018), thatemphasizes the series he considers especially attractive, such as those dedicated to architecture or what he calls Plastical-political Alphabet, the handled newspapers, the seas and Africa.

This project, curated by reviewer and art historian Daniel Giralt-Miracle, allows us to deepen into Josep Niebla’s pictorial work by means of a general perspective. His career has always been an obstinate race towards revealing his interior struggles. Niebla is a visceral artist, barely satisfied with being a good draughtsman or fulfil both the spectators and the critics’ expectations. He is always willing to go beyond, both technically and arguably, this is why his oeuvres are breathtaking and have a great impact deep within our sensitivity.

Niebla’s higher education started at the Fine Arts Institute in Tétouan, which he extended in Seville, Barcelona and Paris. In 1962 he decided to settle in Barcelona and, from that moment on, he participated actively in Catalonian life, even setting up his home-workshop in a farmhouse in Baix Empordà region.

He is the author of extensive Works whose style ranges from figuration and realism to an abstract expressionist accent which bestows particular intensity on colour and formal constructions, always using references to everyday life, from both a local and international perspective and being influenced by subjects that have made an impact and have obsessed him most, such as political movements, social justice, spirituality, memories of Africa, architecture and the Mediterranean. Throughout his career he has done drawings, engravings and paintings, in both mall and large formats, and also mural painting, and he has worked on sculpture as well.

Since 1961, when he presented his first solo exhibition at Ceuta’s Centro Cultural, he has held nearly 200 exhibitions in Europe, Africa and America. He has received several prizes, including the First Prize in the International Biennial of Contemporary Art in Barcelona (1975), and his work is part of several public and private museums and art collections around the world.