There are two funicular railway lines from the sanctuary of Our Lady of Montserrat.
These are the Sant Joan and Santa Cova (Holy Grotto) funicular railways, which were built in 1918 and 1929 respectively to take pilgrims and visitors to the most emblematic sites on the mountain, the Chapel of Sant Joan and the Santa Cova (Holy Grotto) where, according to legend, the image of Our Lady was discovered. 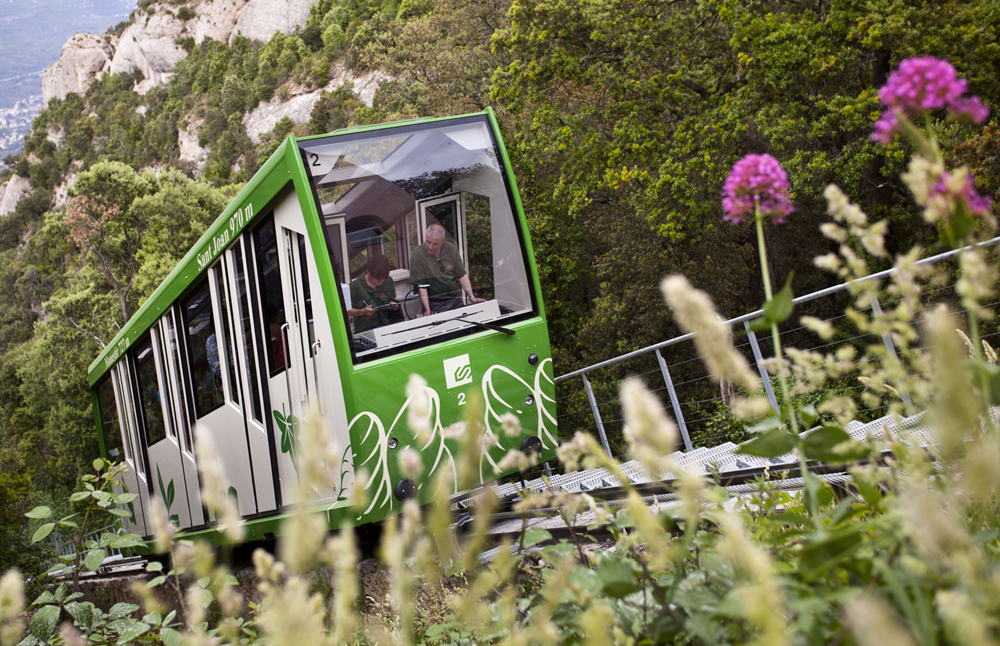 The result of late19th and early20th century engineering skill, this funicular railway takes passengers up to an altitude of 1,000 metres above sea level, over gradients of up to 65.5%, in just seven minutes.
At the top, Pla de les Taràntules commands incomparable views of the monastery, the surrounding countryside and the Pyrenees. You can also visit the Nature Centre, in the building at the head of the Sant Joan funicular railway, where you will find information about the history of the mountain and its climate, flora and fauna.

This line joins the monastery with the spot where, according to legend, the image of Our Lady of Montserrat was found. The funicular railway ends at the square marking the start of the Monumental Rosary, the most important open-air exhibition of Catalan Modernist (Art Nouveau) sculpture.
The funicular railway entered into service in 1929 when work on the Monumental Rosary was complete and pilgrims began to visit the Holy Grotto in large numbers. The original funicular was replaced after suffering serious damage during storms in June 2000.
Practical Information